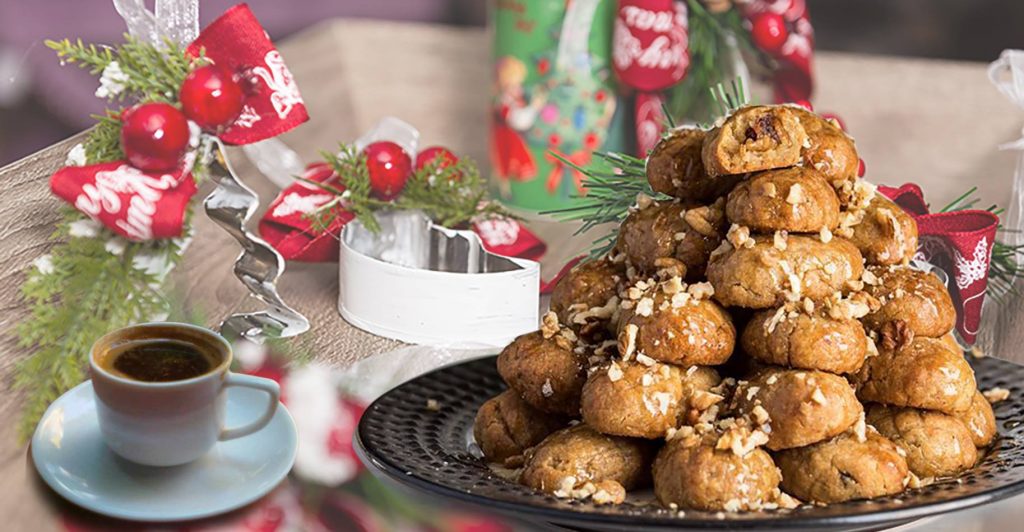 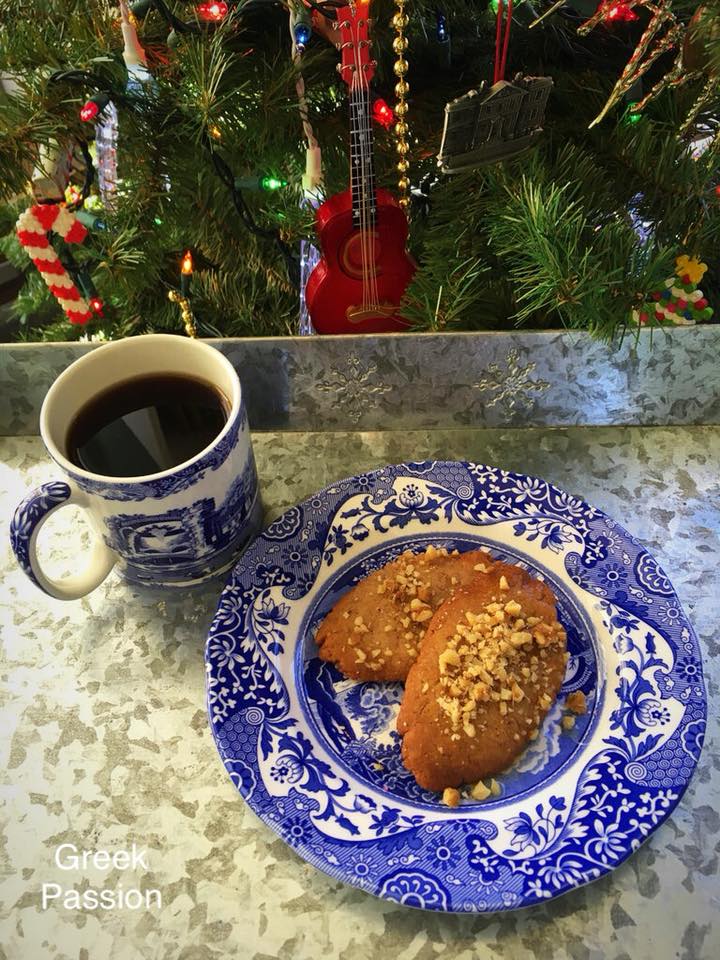 This is the Greek greeting for merry Christmas and a happy new year! And as you may expect, Christmas in Greece is steeped in tradition.
According to our story books , during the Greek 12 days of Christmas (December 25 to January 6), goblins come out to tease people and eat their food. This tradition is based on the legend that the “waters aren’t christened” since Christ has not yet been baptized.  It is said that they enter houses through chimneys, and this is the reason people, especially in villages, keep the fireplace lit during the 12 days of Christmas. In many parts of Greece, people hang a pomegranate above the front door of their house. By the New Year, when the fruit will have dried, Greeks throw it on the ground so it breaks, and step into their house on their right foot.  This practice  brings good luck for the year to come.

This is a honey-dipped Christmas cookie topped with crushed walnuts and cinnamon that is extremely popular and completely delicious.

The name melomakarona itself is a conjunction of two words that trace its roots back to Ancient Greece and very old traditions around funerals. The first part of the word – meli – means honey, which comes as no surprised since this is a honey-dipped cookie.

While its unclear how or where “funeral pasta” evolved into intensely flavored Christmas cookies, one perfectly plausible reason might come from the steadfastly constant ingredient in melomakarona: honey.

In Ancient Greece, honey was a symbol of fertility and welfare, which many Greeks found desirable to have and not just at the end of their lives. It’s speculated that, in pursuit of this fertility and welfare, melomakarona transitioned from a staple at funerals to more festive, light-hearted holiday and new year celebrations.

Whilst it may be confusing how this cookie ended up as a steadfast Christmas tradition in Greece we can promise you that it is a very welcome addition to any table over this period and also is extremely popular when we hold food tours over the seasonal period.